Contested elections are taking place this fall in three state House of Representatives districts in the Bugle circulation territory.

House seat 64A was vacated by Erin Murphy, who ran unsuccessfully for the DFL nomination for governor earlier this year. Patrick Griffin (R) and Kaohly Her (DFL) are contending for the open seat. The district includes southern St. Anthony Park.

In House District 66A, it’s a race between two familiar opponents. Incumbent DFLer Alice Hausman, who has been serving since 1990, is running against Republican challenger Jon Heyer, who also ran against her in 2014 and 2016. The district includes Falcon Heights and parts of Roseville and St. Paul.

In House district 66B, John Lesch (DFL) is seeking re-election for his ninth two-year term. He is being challenged by David Richard (R). The district includes part of the Como neighborhood.

We asked each House candidate to tell us about the experience they would bring to the job and the priorities they would seek to pursue if elected.

I am a recent graduate from college and I come with what I think is an important perspective on the challenges facing younger generations, as well as the duty we all have to communicate across generations. I also have a history of service, the most important of which has been the achievement of my Eagle

Scout. This opportunity afforded me experience in leadership, hard work, goal setting and compassion, which I intend to take with me to the Capitol.

My greatest priority is to try and build social trust in Minnesota, both between citizens and between the citizens and our government. To do this, transparency and the free exchange of ideas should be encouraged through the reformation of the single subject clause, through the strengthening of university free speech codes, and through the moving back of the primary date so that candidates have more time to meet their constituents.

I have an undergraduate degree in finance, an MBA, and am pursing my doctorate in education leadership. I have over 20 years of leadership experience spanning financial services, business consulting, education administration and public policy.  I have also been a stay-at-home mom to my two girls and caregiver for my aging parents.

The relationships I have built with organizations and partners representing a broad group of residents and issues makes me the best representative for 64A. My public service includes the Saint Paul Police Civilian Internal Affairs Review Commission and the Human Rights and Equal Economic Opportunity Commission.

Educating our children must be a priority. I will work to secure greater investments in early childhood education and fight to restore funding for public education to pre-recession levels. Our healthcare system is difficult to navigate and is costly. There are barriers that prevent access to adequate healthcare and disparity in pricing that place an undue burden on families.  I will advocate for a single payer system.

And in economics, raising the minimum wage is not enough. I will address the housing needs of our growing Minnesota population, improve food security, provide access to transportation and ensure affordable healthcare in order to break the cycle of poverty.

I have lived in the district since 1977.  My first legislative session was 1990.

My degrees and work experience are in education.  I am currently a full-time legislator. 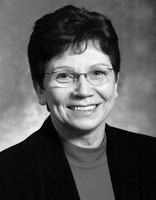 Currently, much of my work is in infrastructure funding and policy for higher education, housing, clean water, transit, etc.

My top priorities for education, housing and public mass transit have also been identified by the communities I serve as priorities.  We are partners in this work.  We need each other–elected officials and citizens working together.

The priority that has a sense of urgency is housing.  Nothing else in life goes well if you don’t have a safe place to sleep at night.  For many, wages are flat and rents are rising. For those over 55, there are challenges in finding affordable housing options.  That age group is experiencing the fastest growth in homelessness.  The Governor’s task force on housing, which I was privileged to serve on, has identified six goals intended to boost and expand the full continuum of housing resources.

I am semi-retired religious educator. I have a B.A from the University of Minnesota in psychology and a master’s degree in theology from St. Catherine University. Avid outdoorsman, golfer, and gardener. Many years as a church musician. Married, I have two daughters, 32 and 28 years old, and two grandchildren. I am a 58- year area resident.

The issue that is most important to me is a return to responsible spending. In recent years our state legislature has gone on a bit of a spending spree. Lots of new public buildings, government programs, an expensive health care exchange program (that barely works), and very costly transit options (light rail). This sort of spending brings with it a need to increase taxes on the people of Minnesota. I am ashamed that our state now has the fourth worst overall combined tax environment of all 50 states.

We must ease business taxes and regulations to foster private sector job growth and to stop more companies from relocating away from Minnesota.

We must re-learn fiscal responsibility to prosper and bring a bright future.

My qualifications for this office include: 16 years of experience as a lawmaker, 18 years as an attorney in the criminal courts including 15 of those years as a prosecutor, as a U.S. Army Infantry Captain (Ret.) in the Minnesota National Guard, as a husband and father, and as a small business owner (Lesch & Duren LLP). 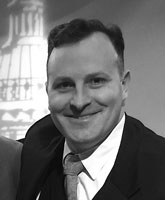 The challenges for 66B can best be addressed by fighting wage stagnation, healthcare inflation, and solving a dangerous housing shortage.  These are the priorities I will advance in the upcoming legislative biennium.

David Richard did not respond to repeated attempts to reach him.