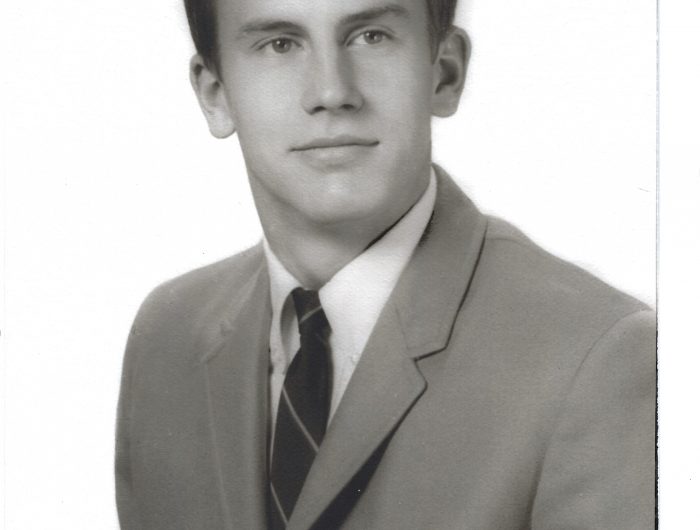 What happened to William ‘Bill’ Underhill?

In early March of 1969, St. Anthony Park resident William “Bill” Underhill was a student in the College of Liberal Arts at the University of Minnesota in Minneapolis.

After finishing a sociology final exam, Bill attended a small party at an apartment in the U’s Dinkytown district. He visited with friends for a while, then abruptly left the party, leaving behind his coat.

That was the last time Bill was ever seen.

Keegel said she became interested in Bill Underhill’s case after seeing a missing person Facebook page for him, established by his sisters.

“There are heartwarming stories and memories of Bill, amazing photographs and kind words expressed by many,” Keegel said. “Unfortunately, Bill’s parents are deceased. The strength and courage displayed by Bill’s sisters are admirable and touching.

“My sister Heidi is working alongside me and it has been an honor for us to go on this journey with Bill’s sisters in hopes to help bring Bill home.” Keegel added.

For the Underhill sisters, getting contacted by Keegel and Hilton — who is a health and fitness coach — occurred “out of the blue.”

“Hopeful is not a word I use much in regard to finding Bill — as if I’ll jinx the possibility of finding him if I use the word,” Mary told the Bugle. “But I’m hopeful these days. To me it’s the best shot we’ve had.”

Not knowing what happened to Bill has been heartbreaking for the Underhill sisters. “The thought that we may die before we find him is very difficult.” Mary said.

Mary, now 66, was 13 when Bill disappeared and Sarah was 19, said that she and her family weren’t initially alarmed that they hadn’t heard from their brother after he took his sociology final on about March 13, noting he was not always in daily contact with them.

“We do not know the address or exact location of the party and would love to find anyone that may have attended,” Keegel said.

A few days after Bill’s disappearance after the party, the time turned into weeks, and the sisters and their parents, who lived in south St. Anthony Park, hadn’t heard from Bill. They searched for him through friends. They checked with the University and his campus employer. But no leads.

“When Bill disappeared, our parents reported him as a missing person to the St. Paul Police Department,” Mary said. “But I imagine there wasn’t much for the police to investigate back then. He was an adult, there was no immediate concern of foul play, and the (Vietnam) war left the possibility that he had gone to Canada. There was always the hope he’d come back.”

Mary added, “Over the years, we wrote to the Social Security Administration” to see if there were any records of Bill working but there was nothing to be found either.

Keegel said, “Bill was living at home, in the 1200 block of Raymond Avenue, when he disappeared. No investigation or search was ever conducted. Bill was not officially listed as a missing person until 2013 when the Bureau of Criminal Apprehension reached out to the Underhill family to obtain DNA so Bill could be entered into NamUs,” which is the National Missing and Unidentified Persons System.

Keegel said there is no evidence that Bill became a Canadian citizen.

In 2014, the Murray High School graduating class of 1966, which included Bill, held a reunion, the year many class members were turning 66 years old. Mary and Sarah had a table at that reunion, hoping that they might get some tips on what happened to Bill.

Many high school classmates didn’t know Bill was missing, Mary said. “It was hard for people to know what to say or do,” she said.

But that class reunion was opportunity to share stories about Bill and keep his memory alive, Mary said.

In 2015, Mary and Sarah started the Facebook page devoted to finding Bill. It is titled the William Campbell Underhill Facebook page and can be found at facebook.com/William-Campbell-Underhill-Missing-Person-721412491335958.

In the first months since they began searching for clues on what happened to Bill, Keegel and Hilton said that progress has been painstakingly slow. The passage of time has made the search difficult.

“We are on a wide path,” Hilton said. “But every day, we start to narrow the path a little bit. We are trying to get information to put the pieces of the picture together. It’s little step by step.”

For Mary and Sarah, getting Bill’s disappearance resolved would be a godsend.

“When, I was young I felt like I could somehow will him home,” Mary said. “For many years I thought he’d come home, he’d call, show up at the door. Someone who knew him in the past would let us know where he was or tell us something that might lead us to him.

“But that never happened.

“As years went by I no longer thought of him as alive and my hope changed to finding his bones — to being able to bury him, to do what people do when someone dies,” Mary continued. “And then even that hope began to dim, which was terrible to imagine. Our parents died not knowing what happened to their son.

Mary concluded, “If we find out what happened to Bill, it will be thanks to Holly and Heidi. It’s a wonderful gift they’ve given us. They are fearless and undeterred by the number of years that have passed since we saw him last.

“With time, it is less important to me to know what happened to Bill than it is to find his bones, whatever remains of our brother, our parents’ son,” Mary said. “Sometimes I let myself imagine, just for a moment, what it would be like to find Bill. It would be a homecoming.”

Mary Underhill said she and sister Sarah, along with Keegel and Hilton, are sharing their story about Bill with the Bugle in hopes that someone in the community may have important information to share that could help bring Bill home.

Keegel said, “If you know anything about Bill or even knew Bill at one time, please contact me via Messenger or email at hskeehil@hotmail.com. No information is too small or insignificant.”

Scott Carlson is managing editor of the Bugle