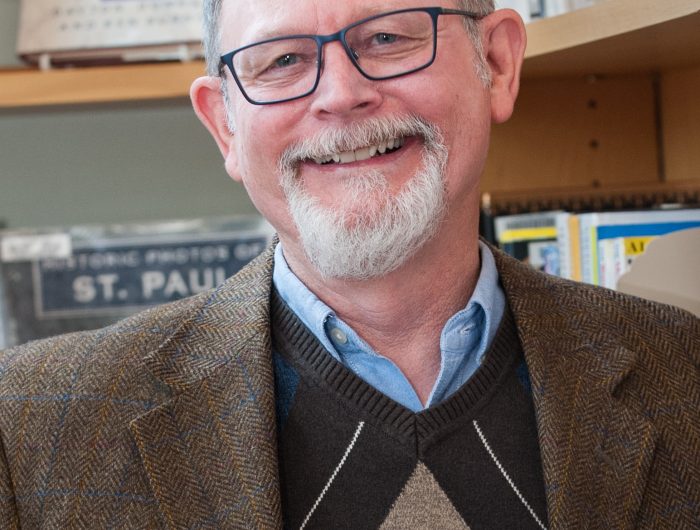 Just fresh from the release of “Lighting Strike” in late August, St. Paul’s Como Park author said he had plenty of material for this Cork O’Connor prequel and is under contract to write at least three more books in the mystery, crime detective series.

“I wrote the prequel at the suggestion of my book agent,” said Krueger, who has been a full-time novelist since 1998. “I loved working on this story. It came fairly easily to me. I found a lot of rich territory to mine with events and people.”

Krueger’s website says he “writes a mystery series set in the north woods of Minnesota. His protagonist is Cork O’Connor, the former sheriff of Tamarack County and a man of mixed heritage—part Irish and part Ojibwe.”

Throughout the O’Connor series, Krueger noted, there are many similarities between his past and that of the fictional Cork, a former sheriff who is Irish and Ojibwe. Among other things: Both were, as boys, newspaper carriers. Both were Boy Scouts.

On balance, the Covid pandemic has had a varied impact on Krueger’s writing career. On the downside, the early pandemic-related shutdowns in 2020 forced the cancellation of his book tour for “This Tender Land,” which critics have hailed as a modern day Huckleberry Finn adventure.

But the upside from the pandemic fallout is it enabled Krueger to devote more uninterrupted time to his writing.

“I was just able to focus on the writing,” he said.

Also, in place of the planned road tour, Krueger was able to hold virtual appearances with more than 300 book clubs across the country, he said.

“That allowed me to reach a broader audience.”

Now, at least for the moment, Krueger is promoting “Lightning Strike” with an in-person book tour. During this road trip, which was scheduled to begin in late August, Krueger plans to visit about 40 bookstores and festivals, with most of them in the Upper Midwest and a few stops in Arizona, Texas and Colorado.

Krueger’s books regularly make the New York Times’ bestsellers list and he has won several writing awards, including the Minnesota Book Award, the Loft-McKnight Fiction Award, the Anthony Award, the Barry Award, the Dilys Award and the Friends of American Writers Award.