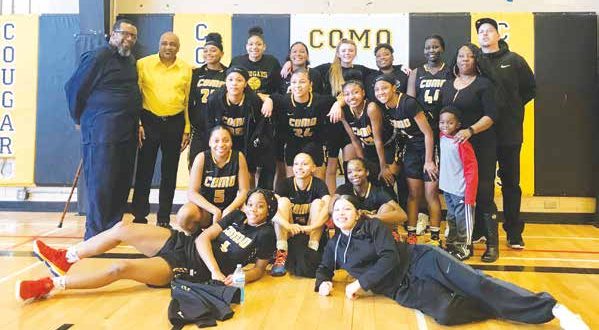 Winter sports giving it a go

The athletic directors of the St. Paul City Conference and school administrators have taken a more cautious approach than the rest of the state, given the high number of COVID cases in Ramsey County and the district’s distance learning.

For Como Park Athletic Director Koua Yang, the management of activities has been challenging.

“There are constant changes from the MSHSL, and then coordinating their expectations and recommendations within our district,” Yang said.

“Each community is unique and has their own challenges and some do not agree with the decisions that are being made. However, many are grateful for the careful consideration and planning that has taken place.”

Yang says that overall participation numbers are down: “In general, people are nervous about moving sports indoors. Many parents have opted (to take their kids) out of sports.”

With evolving situations amid our nearly yearlong global pandemic, there will undoubtedly be adjustments to schedules as winter sports are administered. But two Como programs in particular are starting from positions of strength, based on recent history and enthusiasm for the activity itself.

The Cougars have been the dominant force in the St. Paul City since 2015, evidenced by their current 62-game winning streak in the conference. With every starter and key reserves returning, the streak is expected to continue.

Como’s talent is elite with several juniors ranked highly in the national recruiting class of 2022. The team is not shy about its goal of winning state—if there is a state tournament.

First-year head coach Olonda England says that her leaders have worked extremely hard over the off-season and are ready to help the coaching staff develop new players coming into the program.

Asberry and Porter are prolific scorers who both surpassed 1,000 career points last season. Walker brings intelligence, heart and scoring punch. Dmytruk is versatile with shooting range, defending and rebounding tenacity. James is listed as a center but can play all five positions. Holton is a premier defender.

As a senior, Riley has the most experience of any Cougar in the program and Coach England says she has stepped up her defense and is an effective 3-point shooter.

With a schedule limited to conference play, there is frustration. Como had several games lined up against top teams in the state. Coach England said that not playing those games will make it more difficult to prepare for section playoffs and the team’s quest to win state.

Exercising outdoors with friends is inviting to many student athletes who have struggled to find physical and social outlets during the pandemic. That makes Nordic skiing at Como an activity that has maintained its numbers as compared with non-pandemic seasons.

Head Coach Sasha Van Voorhis once again has over 30 participants. He speaks of the program collectively and the Cougars embrace training together across experience and gender.

“I think team goals for this year are a little less race focused and more focused on keeping everyone healthy so we can have as full of a season on snow as possible,” Van Voorhis said.

“Our start date for the season has been moved three or four times. Races have had to be postponed or cancelled, and we still aren’t 100 percent sure about what the format for our conference championship and section race will be.”

The changing start dates based on Department of Health mandated pauses have been disappointing to Cougar skiers, even though they understand and accept the reasons. The kids just want to get going.

So does the coach. While Van Voorhis deals with scheduling headaches, he’s happy that the MSHSL has expanded the season into the middle of March (assuming public health permits) instead of concluding in early February.

Regardless of races and formats, the Cougars can count on two juniors to lead the way in practice.

“Saylor Landrum and Owen Finlay are both strong, experienced skiers that lead by example,” Van Voorhis said. “They do a great job of balancing their own personal ambitions with helping to teach newer skiers how to ski and trying to foster a team dynamic within our sport.”