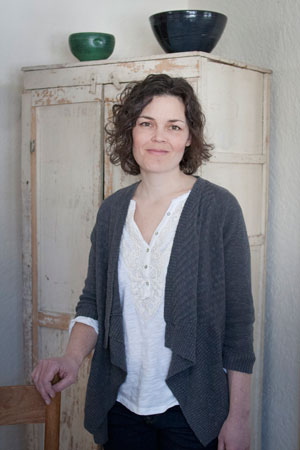 Writer brings her love of literature to inmates in Lino Lakes

What disaffected student hasn’t occasionally compared his classroom to a jail? But how about his teacher? Faced with another trudge through the curriculum with a class who would rather be doing almost anything else, does the instructor ever feel the same way?

Not if the teacher is St. Anthony Park resident Jennifer Bowen Hicks. She is one educator who knows the difference between a classroom and a prison.

Now in her third year as the founder and coordinator of the all-volunteer Minnesota Prison Writing Workshop, Hicks, 40, brings her love of literature and the art of creative writing inside the prison walls every week when she teaches a group of 10 students at the Lino Lakes Correctional Facility.

“I have to go through security and there may be a guard outside,” she says, “but when I’m in the classroom, it’s this rigorous discussion about literature—what’s enduring, what’s transcendent.”

Hicks, who previously taught composition to community college students, cites one huge difference between her earlier work and teaching behind bars: “The prison population who takes [my course] is pretty motivated. They all want to be there,” she says.

The prisoner students are well aware of the distinction between what happens inside and outside of their classroom. Hicks recalled the time that one of her students used the “N” word in his writing.

“One man said, ‘That word is not allowed in the Yard.’ But another man told him, ‘This is not the Yard. This is an academic setting. Here we’re focused on literature, words and each other’s work.’ ”

To enroll in Hicks’ class, there are two requirements: The men must not have committed a recent infraction of the prison rules and they must be able to read at a 10th-grade reading level, Hicks says. Once in class, the men find that the rules are straightforward.

“I tell them, ‘We’re going to listen to each other respectfully… [and] I’m here as a writing instructor, not a therapist.’ ”

Maintaining professional detachment can be difficult. Lino Lakes houses many of the state’s sex offenders, for example, but regardless of their crimes, the men’s work often deals with deeply personal, sometimes harrowing, themes.

The students read their work aloud and discuss it as a group. “It can sometimes feel awkward to deal with a [highly emotional work] as a piece of writing,” says Hicks, “but it’s my job. I’m not trained as a therapist.”

Her students are not necessarily looking for healing through their writing, although that’s what some of them say they achieve.

“Some feel the writing helps them express themselves better and understand themselves and their world in a safe way,” says Hicks. “Someone in the class always wants ‘the craft secret’ of good writing.”

And sometimes the goal is simply picking up a knack for empathy. Hicks recalls one student whose initial lack of social skills sandbagged any attempt at normal class participation. After much effort, the man finally learned to “pause and frame his comments in a socially acceptable way” instead of lashing out at his classmates.

“It was such a victory for all of us,” says Hicks, “He got this enormous smile. That was one of my most rewarding moments [as a teacher.]”

Beyond that, Hicks’ students are as varied as any group of adult students on the outside, she says. Some are interested in literature about prison life, but, “just as many don’t want to read and write about prison. Some would rather be anywhere else in their minds.”

The Writing Workshop grew out of a single class that Hicks volunteered to teach in 2011 at Lino Lakes. Inspired by the prison work of authors like Wally Lamb and her own mentor, writer and poet David Jauss, Hicks had long wanted to try teaching behind bars.

There was also a personal factor.

“I grew up in the sort of family where family didn’t stick around,” she says. Among the reasons for their absence was incarceration. Although she never knew her imprisoned kin, Hicks notes, “knowing that ‘my people’ spent time in jail certainly influences the way I experience my students.”

Once she devised the idea of a prison class, Hicks was persistent.

“I sent an email to officials at all the corrections facilities in Minnesota, but [only] Lino Lakes replied.” And once she started teaching, she knew she’d found something important.

“I kept extending the class because I didn’t want it to end,” she says. The next step was to recruit other writers to join her.

“With all the writers in the Twin Cities,” she says, “I thought it shouldn’t be hard to get other people through those doors.”

Hicks looks for “active, serious writers who love to teach” and so far, she’s proved to be a good recruiter for the workshop. “We have zero attrition,” she says.

Nico Taranovsky, 42, of Falcon Heights, is one writer Hicks found. An MFA candidate at Hamline who is completing his first novel, Taranovsky is honest about “the fear factor when you walk into prison for the first time,” but his apprehension was quickly dispelled by the enthusiasm of his students.

“It’s a revelation when you meet the students,” he says. “They’re just people … and in prison people are so grateful that [writing instructors] are there.”

Taranovsky believes in writing as a force for rehabilitation: “It gives [the students] a creative outlet, which makes prison less of a soul-crushing experience.”

For Bill Breen, 45, the workshop is an alternative to his regular pursuits teaching English at a local community college and working on a novel for middle-grade readers. A resident of Como Park, Breen thinks a visitor to his class at Lino Lakes would be surprised by “how laidback it is.”

Comparing his prison workshop to a “group of guys hanging out,” Breen finds the Lino Lakes class a refreshing contrast to the “goal-grade-and-deadline”-driven atmosphere that marks his college teaching.

As for dealing with his students, he says, “You have to be aware. You don’t give up personal information. You have to have that kind of savvy. We just focus on the work.”

Breen also values his fellow instructors. “I’m really grateful for finding this group,” he says. “It’s great to be working together for a purpose we all believe in.”

Hicks, too, is a working writer who will soon publish her first book of essays. She has two sons in local schools and a husband who works as an allergist.

“He is part of the reason,” she admits wryly, “that I can be so impractical.”

And then there are her chickens, which she hatched from eggs and raised in the backyard. Her voice takes on a different note when she remembers a certain rooster named Maggie “because we didn’t know at first that she was a boy.”

According to Hicks, “Maggie was so sweet and personable. He sat on my shoulder, looked in my eyes. And then, unfortunately, he began to crow.” Out of deference to Hicks’ neighbors, Maggie and his brethren have been relocated to a farm on the St. Croix, but Hicks and her neighbors continue to enjoy fresh eggs from the home-raised hens.

Hicks acknowledges that it’s easier to talk about her chickens than her students. That reflects a natural concern for her students’ privacy and her awareness of the latitude her group has been given by the Department of Corrections.

“It feels like a privilege to do this work,” she says. “We’re fortunate that the Department of Corrections is going to the lengths they are to let us do it.”

But there may be another reason, which has to do with the mystery operating at the heart of her classroom.

“Talented, creative, smart people do terrible things,” Hicks says. “At the base level, that is what is insoluble.”