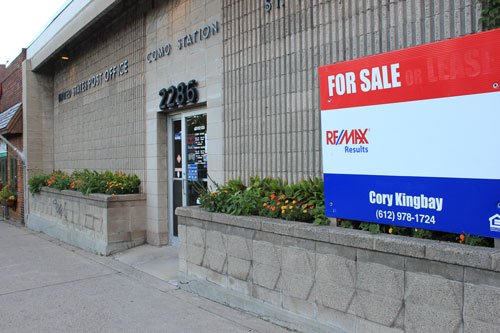 Yes, Virginia, there probably will be a hardware store on Como Avenue

Frattallone’s Hardware and Garden’s plans to open a shop at 2286 Como Ave. in the current post office building are proceeding.

Tom Frattallone says the company has an active purchase agreement with the building’s owner. He hopes to close in September, with renovations to the building starting in early December. If all goes according to plan, the store should open in mid- to late February 2016, he said.

“We have our variances, we have our general contractor hired, we have the Ace paperwork all done. We are just waiting patiently to close on the building and move forward on the project,” Frattallone said in an email to the Bugle.

The U.S. Postal Service (USPS) has operated a branch in that building since 1970 and has a lease through November 2015. USPS spokesperson Pete Nowacki said the USPS “has every intention” of remaining in the neighborhood.

“Whether it’s working out something with the new owner or finding a new property,” the plan is to stay, Nowacki said. He had no information about USPS efforts to find a new location.

The building went on the market in September 2014. It is owned by Lorraine McCann, whose late husband, Harold “Buzz” McCann, had operated Statewide Engine Rebuilders there through the 1960s. The building had been home to auto repair and servicing businesses since at least 1933.

The Postal Service began leasing the building in 1970. For the previous 40 years, the Como branch post office had operated around the corner at 2238 Carter Ave., today the site of Micawber’s Books.

Frattallone’s Hardware and Garden owns 20 hardware stores in the metro area, including two on Grand Avenue in St. Paul.